Kiki Athanassiadis (born Montréal, Canada) completed her MFA studies in Toronto and is currently living and working in Windsor, Ontario. One of her recent projects explored the collaborative aspects of the printmaking studio. Her participatory project Desire and the City: a citizen’s abandoned lot design consultancy was presented at Civic Space in 2013, and was also part of the 2014 Triennial exhibition, at the Art Gallery of Windsor. 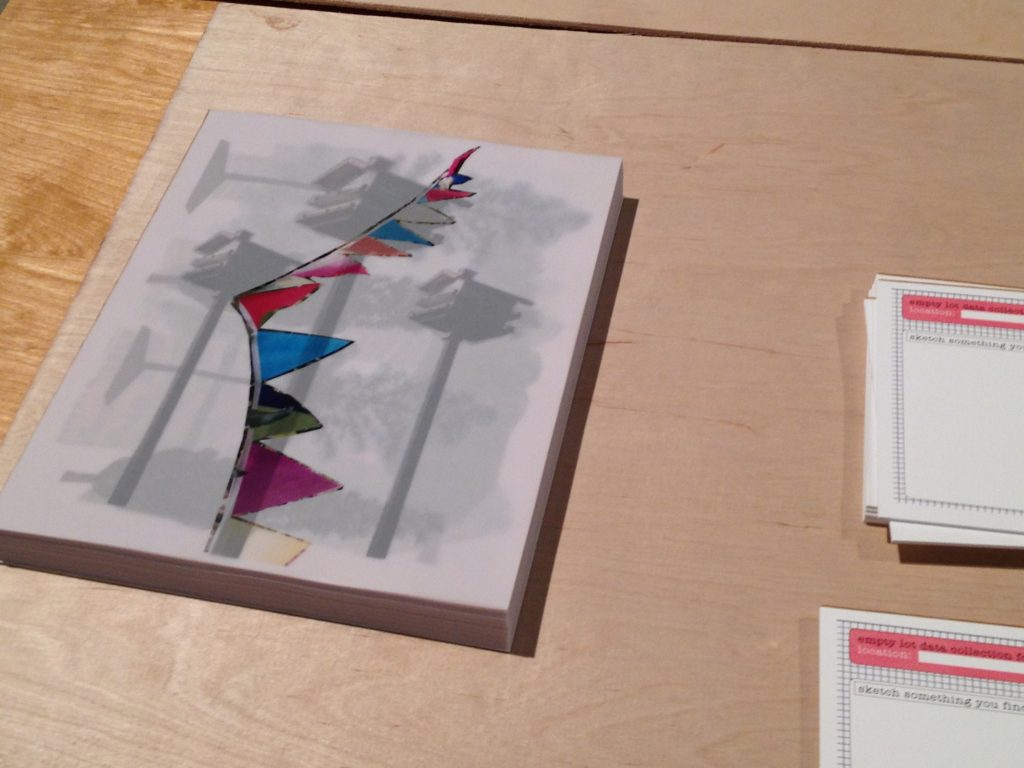 DESIRE AND THE CITY: a citizen’s abandoned-lot design consultancy at

Possible Futures: What is to be done?
The Windsor-Essex Triennial of Contemporary Art, curated by Srimoyee Mitra
2014-2015

The workshops for DESIRE AND THE CITY: a citizen’s abandoned-lot design consultancy, were held at, Civic Space (Windsor ON), with the assistance of Broken City Lab. Many thanks to Broken City Lab, and in particular, to Justin Langlois, Josh Babcock, and Hiba Abdallah. Civic Space was funded by the Ontario Trillium Foundation.

The designs on photocopies were created by the participants in the design consultancy workshops, held on September 7 and 14, 2013 at Civic Space, Windsor, ON:

Street map segments were reproduced from the City of Windsor’s online city maps produced by the department of Engineering – Development & Geomatics, City of Windsor.

Many thanks to Lee Rodney for her assistance and support in the exhibition design.